on January 24, 2012
Looking rather adventurish, developer Gust has let loose some screens for the PS Vita's newest title, full name, Surge Concerto: Ciel no Surge. Hopefully everyone had a chuckle at the schoolboy humour behind Gust Concerto. 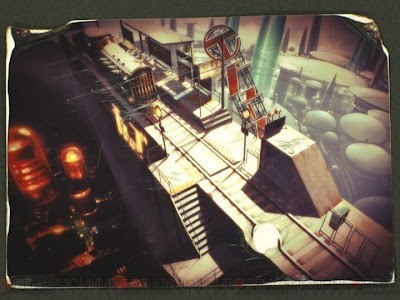 That aside, there isn't much information, other than the girl in one of the pics is called Ion and central to the plot. The scenes all seem rather 50s in tone, perhaps with some future tech buried in among the architecture. The game is due out at the end of April and articles will appear in this week's Japanese press, so we'll know more soon.