on January 19, 2012
Ghostlight, the company that brings the PSP hard core some top-notch Japanese gaming, in the form Persona 2 and 3 plus the awesome Trails in the Sky has just made announced another new game is headed our way. That new game is Fate EXTRA, from Imageepoch. Waking up in a strange virtual world with no recollection of the past, the main character finds themselves forced to fight for survival in a war they do not understand for a prize beyond value; the opportunity to have one’s wish granted. With only an enigmatic “Servant” by their side, the protagonist will have to face both friends and foes in battles to the death in order to not only gain possession of a mysterious object known as the “Holy Grail,” but also to find the answer to the most important question of all: “Who am I?” 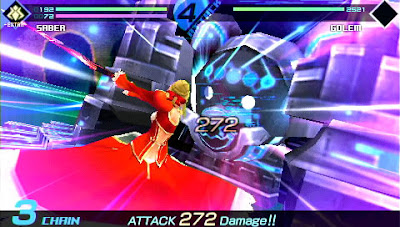 Intuitive, Fast-paced BattleSystem: Using Break, Attack, and Guard abilities in combination with powerful Special Moves and Code Casts, players are required to plan out their attacks to effectively counter their opponent’s moves and emerge victorious from potentially deadly encounters. 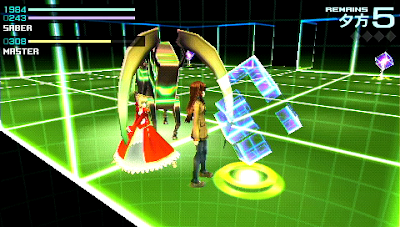 Engrossing Story: Written by the creator of the original Fate series of PC games, Kinoko Nasu, the story ofFate/EXTRA will not only appeal to long time fans of the Fate universe, via the inclusion of many familiar characters, but will also appeal to RPG fans looking for a deep, non-formulaic storyline that delves into such mature themes as loyalty, death, love, and what it means to be human.
Extensive replay value: Multiple story paths, each with their own unique dialog trees and character interactions that lead to different endings.