on November 21, 2011
A while back there was some dumb general population survey showing most Japanese weren't interested in gaming any more. Leading to headlines of the "no one will buy a Vita" type which looked rather silly in light of the sell-out for pre-orders. 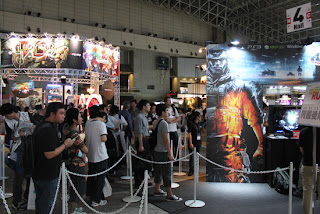 Of slightly more relevance will be this one covered by Famitsu, polling those who attended the September's Tokyo Games Show. It reveals that some 52.1% of gamers want a PS Vita, ahead of 23.8% for a Wii U. And also pointed out that around 75% of the owned a PSP.

Over 220,000 people visited the show, so that's a health proportion of Japan's gaming populations looking at the Vita as their next purchase.
people want a vita ps vita survey tgs tokyo games show