Putty Squad squishes its way on to the Vita and PS3

on November 23, 2011
Continuing our splurge of new Vita games news and pics here's another new game in the form of Putty Squad from System 3, based on the Amiga Putty game (and the SNES Putty Squad title) from way back when (on the same day that Codemaster's Dizzy reappears too - truly retro heaven). It features a stretchy blue blob as the hero and uses the Vita's interactive features to improve the action. 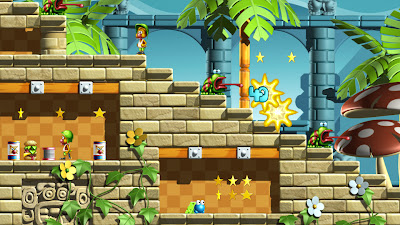 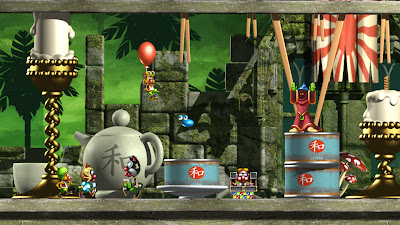 The rear touch-pad will be used to attack, expand and select items instead of using shoulder buttons and button combinations. Gamers will also be able to quickly zoom into the action for difficult jumps and even just to appreciate the detailed graphics even more. This can easily be done with a flick of a finger to or fro on the rear touch pad. 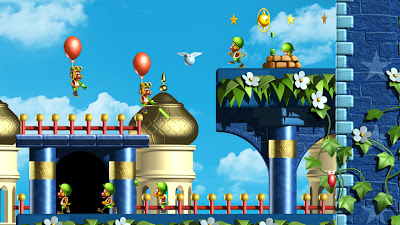 The PS3 and Vita versions will be fully compatible, allowing players to play one level at home and then continue their game on their journey to work, on their VITA! They will also be able to transfer and view Trophies. Additional features include:

EXCLUSIVE CHARACTERS
Over 20 exclusive characters (enemies and allies) over and above the PS3 version. On top of that every character in the game has been remodeled in glorious 3D.

NEW RENDERED MOVIES
Intro/outro and inter level movies have been re-rendered and will be included in the game.

GAME-SHARE
Multiplayer game-share options that allow up to four people to compete in tournaments, either versus or in Team Play.
Only one person needs a copy of the game in order for their friends to be able to experience Putty Squad, albeit in a limited fashion. When the link is severed the other players will no longer be able to play the game but they will immediately be given the option to buy it from PSN.

AVATAR SUPPORT
As described in detail later in the document, Putty Squad supports PSN Avatars in a big way.