on November 02, 2011
RockStar just unleashed the unveil trailer (down at the bottom of the post) for GTA V and the game is set in its lookie-likie Los Angeles (aka San Andreas). The 84 second trailer doesn't mention systems but it looks super-detailed in HD. Kudos to RockStar for not crashing the Internet and for offering the video in a number of formats (including PSP). Anyway, here's what I want from this game when I sit down with it on my Vita (hopefully, but I'll settle for an Xbox controller if needs be).

We are very proud to officially announce that Grand Theft Auto V is in full development.
Developed by series creator Rockstar North, Grand Theft Auto V heads to the city of Los Santos and surrounding hills, countryside and beaches in the largest and most ambitious game Rockstar has yet created.
A bold new direction in open-world freedom, storytelling, mission-based gameplay and online multiplayer, Grand Theft Auto V focuses on the pursuit of the almighty dollar in a re-imagined, present day Southern California.

Highlight for me, the girl in the leather pants, not just because she's a girl in leather pants, but because they reflect light and show texture just like leather pants should! The level of detail is staggering, from individual homes and yards to the towering skyscrapers under construction. 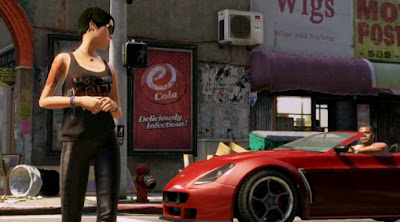 However, this game will die if you can't use every inch of that landscape. I want to find food in the bottom of dumpsters and trashcans, kick up drug dens and steal all their gear, guns and ammo in NCIS-style raid sequences, not GTA's usual bastardized combat. 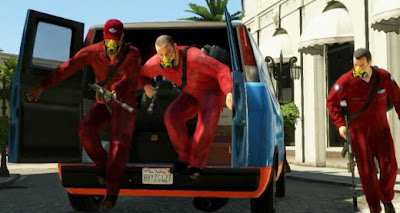 And for all those planes, bikes, cars and other vehicles, they'd better feel like you're flying, riding or driving them - otherwise all that realism is wasted. And then it had better be deep. Deeper than a grave dug by the mafia's finest diggers. I don't want pissy goto A, do B to C and come back missions. The missions in GTAV had better have heart, soul, logic and reason, that affects the city and the people in it. 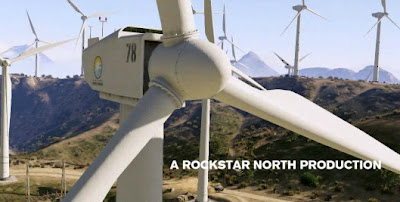 Similarly, I don't want stock responses from the cookie cutter bums on the streets - expend some of the effort that it took to add all those theatre clips and neat but one-trick stuff in four into giving the people a little more life. 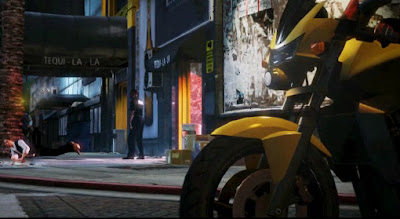 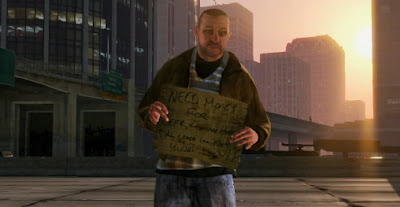