on October 19, 2011
Sony has crunched the production numbers and come up with a date at the end of the February, and that's official! So, a month earlier than widely expected is pretty good news. No word on launch titles, but the likes of Ridge Racer, Uncharted, WipEout and others are all good to go.

The announcement was made by Jack Tretton at the Web 2.0 event in San Francisco, of all places... why not Comic-Con New York where people might actually care? He said he was aiming it at a younger audience, but that audience was 3,000 miles away - another example of Sony's half-assed marketing. Similarly, there's a video on the Sony blog post, but its dated August, so Sony has managed to announce the date with the minimum of fuss and extra announcements. Hope it doesn't keep this low-key for the launch. 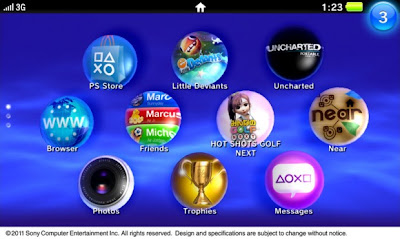 The release covers the US, UK, Europe and Australia (a day later), so pretty much a global release minus Japan who'll be getting their gizmos on December 17. Pricing as expected is £229 for WiFi and £279 for 3G, which is the usual £/$ rip-off rate, but still not bad for all that quad-core goodness. Of course, you'll need to add in memory and a decent case to keep it safe