on September 27, 2011
This was going to start out a jolly little story, about a plucky developer still supporting Sony with new games. Icon Games has a pair of new games in development for the PSP minis range, Marble Boy and Golf are both underway, with the similar titles causing some confusion, cleared up in a company blog post. Marble Boy is a neat puzzler based on the tilting toys found in Christmas crackers, that would go down really well on the Vita. 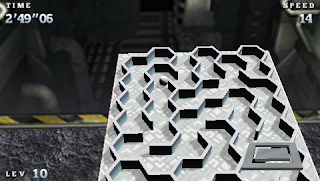 However, Icon Games is having trouble getting a pair of Vita games (Build’n Race Extreme and Pub Games) approved, and if you read this blog post, it stinks of the two-faced (possibly three-faced, since Sony has many departments) nature of the industry. All those stories of Sony supporting smaller devs with free or cheap developer kit goes out the window when it starts dictating to developers about how to create their games.

This isn't the fixed-console age any more Sony, Vita' success depends on quick and nimble games from smart coders. Let them do what they like and if it does well, then great. If a game does suck, it will vanish to the bottom of the pile under a hundred better games.

At least as you get to the end of that post, Sony seem to be acting a little more sensibly, but its this kind of crap that did the PSP no favours at all. UPDATE, recent tweets from Icon indicate good progress on its PS Vita titles, but really, Sony is not doing itself any favours with that attitude. Sounds like the company is more than likely to turn down The Beatles, or next big indie gaming equivalent thereof.