on September 06, 2011
Everybody's Golf (aka Minna No Golf, Hot Shots Golf) 2 is having its Wi-Fi match-making service turned off in Japan on the 5th December. An update on the game's site thanks players for four years of fun and reminds them that the Ad Hoc mode is still going strong. 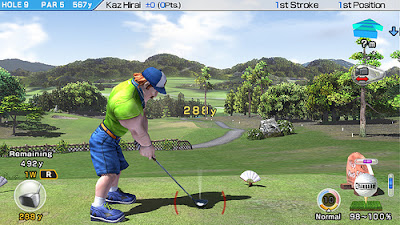 Everybody's Golf Will Continue Online on Vita, After This Short Commercial Break in Service

Obviously, they hope to see gamers pick up the PS Vita and the new version of the game, still developed by Clap Hanz. I still play the original PSP version that I got as a Japanese import on and off, and I'm fairly sure it was one of the biggest selling titles on the PSP.
everybodys golf hot shots golf minna no golf ps vita psp golf