Get Ready to Ragnarok (and others) on PS Vita

on September 07, 2011
Famitsu's list of nine new games is actually only a few new titles, thanks to their inclusion of previously announced Ubisoft games, still makes for good reading, Lumines, as ever, will be a massive seller while Ragnarok is likely another Monster Hunting experience.

More will doubtless be revealed next week at TGS, details are trickling through and will update here:

Not much info on Ragnarok, but there's a list circulating of some of the classes to be found: 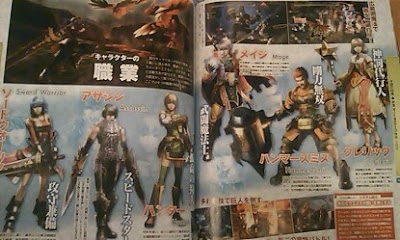 Sword Warrior : Uses dual swords and is strong at physical attacks.
Assassin : Uses high speed attacks with its dual daggers.
Hunter : Uses bows and arrows for long range attacks.
Mage : Has both physical attacks through its staff and magic attacks. Weak with defense, but its magic can attack over a range.
Hammer Smith : An attacker who's good with close attacks through his massive drill hammer. He's slow, but an order of magnitude more powerful than other characters.
Cleric : Heals allies with healing magic. Uses a mace and shield for combat, and is also adept at countering.

Someone has scanned in the Sumioni game pages, looks like a classic 80s platform hack and slash, based on this grainy scan from GamingEverything. 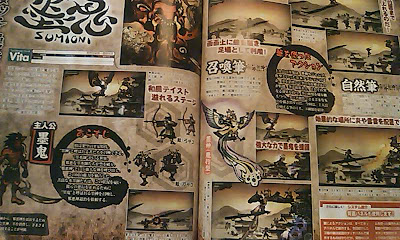