on September 15, 2011
Aside from the likes of Facebook and the other usual suspects, the PS Vita will be open to a lot more apps than the PSP ever was. For instance you can ditch the supplied music player and use some cool custom ones. The first is supplied by the developer of the BlazBlue fighters. 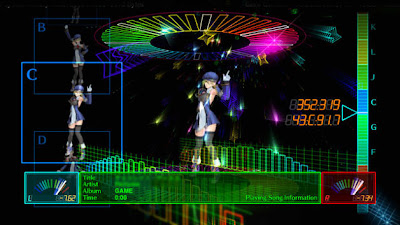 Not too dissimilar from Jeff Minter's early attempts at trippy players, this one is called NOELS. It lets you watch characters from the fighting games dance around as the music plays with a host of groovy lighting effects and lots more info than you usually get from a music player.
blazblue ps vita ps vita apps ps vita music play