3DS Tries To Keep Up With Vita, Adds Second Stick

on September 07, 2011
Okay, in the world of cludgy fixes, can you imagine what would have happened if Sony had stuck an extra stick on the side of the sleek little PSP. Well, Nintendo has decided to hell with aesthetics and plonked some horrible strap-on affair on its 3DS to make the handheld a dualstick machine and add some extra shoulder buttons, ugly isn't the word. 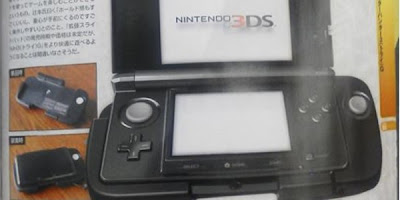 Apparently, this is to launch with a Monster Hunter 3DS title, which is odd since the PSP sold millions of MH titles without a second stick. Expect a revised model with all these extras built-in, sometime in 2012.
nintendo 3ds second dual stick sony ps vita ugly