on August 18, 2011
CVG has a high quality play through video of Uncharted: Golden Abyss on its site which does a better job of showing off the game than Sony managed at its press event. There's a HD version here, which looks even better. I'm actually starting to prefer looking at these off-screen videos as they show off just how good the Vita's screen is. 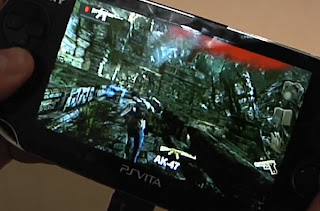 The game does look awesome, although some of the touch commands seem a little arbitrary and clunky. Still, you'd have to hope they are all polished to perfection before release.
ps vita ps vita video sony bend uncharted uncharted golden abyss