on August 15, 2011
These Monster Hunter events just seem to get bigger and bigger, as do the monsters and costumes on show. Check out these pictures at Famitsu from the latest Sapporo event where hundreds, if not thousands came to play. The event coincides with the release of the new Diaries game starring the cute little Feylenes. 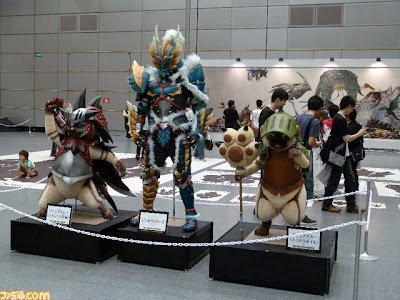 All of that effort and interest surely means a launch day Vita edition has to be Sony's highest priority if it wants the next handheld to be a success. I'd guess that Sony is being super-super-nice to Capcom right about now and expect something to be announced at Tokyo Games Show in September