on July 13, 2011
TechCrunch has spent some time with Sony's soon-to-be-released pair of tablets. They seem impressed with the sleekness and Sony has let slip that these will ship through AT&T in the States. For heavy web users, there's a couple of interesting speed-enhancing features. We've seen some video recently and the original unveiling info is back here.

However, there are a couple tidbits of new information that may be of interest. For one, Sony has implemented some new technologies on both the S1 (folding-design 10-incher) and S2 tablets. “Quick View” is a user-managed setting that helps load websites faster than your average tablet by loading pictures first, and java script afterwards. In a demo, an S1 with Quick View turned on loaded pages three to five seconds faster than an S1 with Quick View turned off. The other technology is called “Quick-Touch Panel” and is a special software that increases the perceptiveness of the touchscreen for both scrolling and multi-touch gestures. 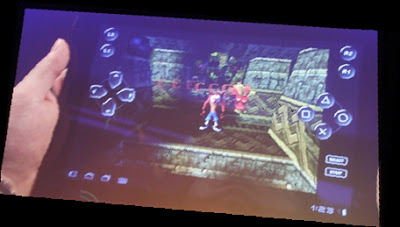