on July 14, 2011
We've had some previous fun with Queen's Gate Spiral Chaos pics. Now Andriasang has a host more plus some art to oggle over of the fighting/RPG game. The game is basically an update of the 2009 version with characters from the spin-off adventure novels. 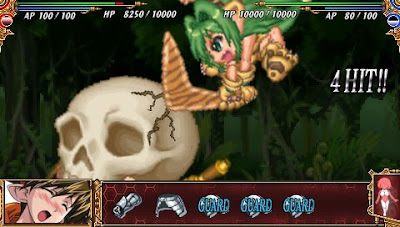 It does look a lot of fun with some the oversized characters making a big impact. There might just be enough English in the screens to make it playable, since there's zero chance of a western release. Did anyone try the original?