on June 14, 2011
As the likely last PSP edition of the game, step forward Peyton Hillis as cover dude, who won a fan vote after nearly 13 million took part. Due out on 30 August, its hard to find any screens, video or documentation to say what the PSP version will have this year. Will check into it though! 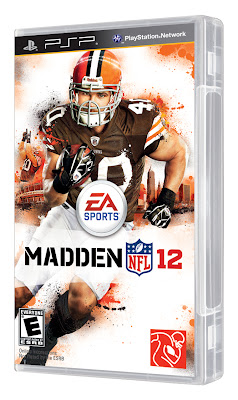