"Right now, because we haven't finished tuning and optimising everything, the frame rate occasionally will stutter. We're looking to fix that. But the actual visuals themselves, the actual textures and everything, look pretty much identical. It's virtually a one-to-one match at this point." 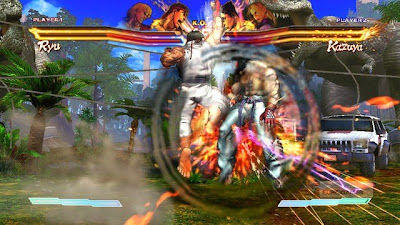 Capcom's Street Fighter IV-related fighting games use a special engine and Ono and his team believe the Vita version will achieve 60FPS. "In moving this to the Vita there will be a lot of adjustments and ways for us to figure out how to get it as good as it can on there. Obviously, with a portable system, no matter how powerful it is, there's clock speed and battery life – all sorts of things to consider.

I suppose more importantly, will there be cross-console play? Now, that would be awesome!
capcom sony vita street fighter x tekken