New Ragnorok Rocking on to PSP

on April 25, 2011
Ragnorok Princess of Light and Dark is a new strategy RPG heading to the PSP later this year (and one that will hopefully get a western release). Andriasang has a Viking-boat-load of screen shots and art. Famitsu has run a feature on the game introducing warrior characters Torene and Cynthia, and the princess Adelaide. 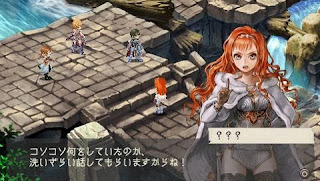 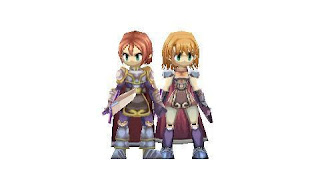 The art style is depressingly like most other JPRGs with a little Norse mythology tacked on. And it seems like every other game coming over is a strategy RPG (I'm currently reviewing Aedis Eclipse, which has come hot on the heels of Tactics Ogre and so on.)


Still its another game to look forward to and with Apollosoft and Chime working on development duties, there is plenty of reason to expect a classy game in the end.
japanese psp games ragnarok