on April 21, 2011
After all the drama of the launch, its now time for the Xperia Play to start delivering.... and there is no sound of the postman's feet on the drive. Filling in the gap comes Unity3D, here to publish couple of titles, Battle Bears -1 and Cordy. 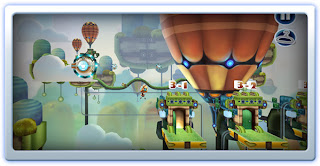 Both games are a whole lot better for the Xperia Play's controls, which makes me wonder if all the games with unified score centres will have to have a special chart for players using the Xperia Play, as they presumably have a slight-to-massive advantage over those tilting furiously or stabbing at the screen.
battle bears cordy sony ericsson unity3d xperia play