on March 09, 2011
My kids love this on the iPhone, so I got it for the PSP so they could enjoy it without hogging my phone. I don't know if its any faster on newer PSP devices (mine is an original Japanese 1000 model) but I was disappointed by how slow and jerky it could get when starting up a level and also how limited the control is in comparison to a touchscreen.

Once you get used to that, you have the same fantastic game on a slightly (physically) bigger screen. I think the developers scaled the graphics slightly, from the iPhones 480-by-320 down to the PSP's 480-by-272 so it looks a touch more jagged and stretched, but its not really noticable and if you haven't played another version you won't know. Apparently, the game is optimized for the PSP Go, I don't know what different that makes, but it nice to know. 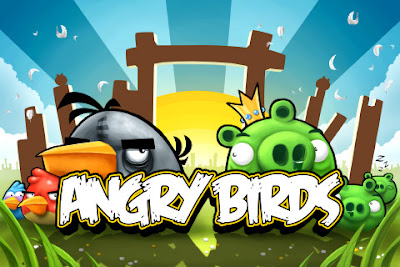 If you've never played Angry Birds then, basically, you catapult a number of different flightless birds into artistically-erected levels by the egg-stealing pigs. Some birds explode, others split into mini-formations, others drop bombs. The further you get in, the more fiendish the level design and the tougher it is to break down the porcine defences. The better you do at demolishing the structure and squishing the pigs, the better score and star rating you get.

Therein lies the challenge, although there is none of the social aspect of comparing scores against your friends' efforts on the phone versions. Simple fun with around 200 levels and begging for an Angry Birds vs. Worms edition, you can't go wrong.