on February 26, 2011
Okay, so the PSP is now entering the land of budget-price console and games, so here's my highlights from six years of fun and games, feel free to add your own.

1. Getting my PSP
I ordered my PSP off an Asian friend and it felt like we should have been doing the deal in a dark back alley as I passed over hard cash for the hot-off-the-shelf Japanese model PSP-1000K. Normally I joined the queue in a store, got the same console everyone else was buying, but here I was ahead of the pack with something that neither me nor my friends had ever seen or held before. 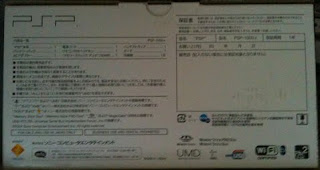 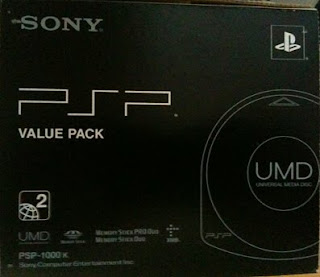 Happily this was before the days of these endless unboxing videos, so I just ripped stuff open and got playing, fondling the weighty chunk of plastic and hardy controls and buttons (the same unit is still going strong today without a pixel out of place).
2. The Crossbar Interface
Okay, things have come on a lot since the PSP's launch, I now have a wireless router to make use of most of the features. The XMB itself has added more features over time; the store, the comic store and other extras, but navigating the XMB for the first time felt (given I've never had a PS3) so different and advanced compared to traditional consoles.
3. That First Game
WipeOut Pure was the game I went for and thankfully, despite being a Japanese version played completely in English. And boy did I put some hours into it, advancing through the classes, playing the different sub-modes endlessly. Then came downloadable extra tracks, additional music packages, and the thrill of beating a track you'd been stuck on for hours.
4. Multiplayer
The first time I ever played against another person was on PES, and boy was it fun - on opposite sides of our office - without the need for squidging up on a sofa in front of the big-screen, getting wires twisted, being punched to break concentration or any other intrusions.
5. Grand Theft Auto
Okay, the PSP can't quite do PS2 games, but it can come pretty close and nothing proved that more than the GTA ... Stories series, awesome levels of depth and endless game play
6. Patapon
Where PSP has felt a bit let down is in the field of unique games. Okay there have been a few but nothing stands up more for the PSP than Patapon. While LocoRoco did okay, Patapon stood out as mental gaming that did rhythm action without music and create a whole new style and challenge all of its own. 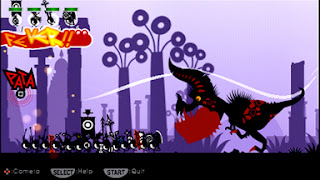 7. PSOne
Again, the PSP promise of PSOne games hasn't quite lived up to the promise due to the endless licensing issues, but there has still been a fair amount of excellent content come our way, most recently Vagrant Story and with lots more to come, this is one, rather late, gift that keeps on giving.Sure, a few games show their age badly, but Rayman and others look and play like the true classics they are.
8. On the Go
I've played the PSP pretty much everywhere, on trains, planes and in bed - out and about, at work, on holiday. For all the criticisms levelled against it, you can still play very high quality video games where you like - for that it is and always will be unbeatable (and yes, there's a DSi in the house, but its frankly crap in comparison.
9. Japanese Downloads
Nothing beats the slightly odd feeling of downloading a Japanese demo of some game that is massive over there, and not having the slightest clue what you'll play, how you'll play it, or even if you can play it. I've pulled dozens of Japanese demos and while 'enjoyed' might not be the best word, its been an experience.
10. Lifespan
Since the PSP came out there have been about 32 different variants of the Nintendo DS, while the PSP has kept on chugging along, apart from the cosmetic upgrades and PSPGo, my original still does all the same stuff as they do.When it needed more power, Sony unlocked the processor which has to be a first in console history, although they should just have let it run at full whack from day one.

Still to Come
There is obviously a lot of life left in the PSP, but with only a few hit games left to come, its days are numbered. It could still go out on a blaze of glory if Sony opens it up for homebrew, or the minis scene becomes a hot bed of new invention and not just a graveyard for iPhone ports.


Grumbleweeds
Sure the PSP isn't perfect, even some of those highlights have caveats in them and the PSP does a few whiffy features, the less said about the browser the better, the lack of international integration on the PSN store, the whole UMD thing, but as a piece of kit you can put in a pocket that predated proper smartphones by years, its not bad at all.