on February 20, 2011
Just a quick word in praise of Tactics Ogre which is the first PSP game since God of War: Ghost of Sparta to threaten the top of the critic's ratings, despite the silly subtitle with every tweet about it glowing with praise.
Currently doing the business with a Metacritic score of 88%, its out in the UK next week so I'll be grabbing hold of it soon, although I do slightly prefer the US cover (below). Also, is there anything extra in that Premium Edition? No one seems to know. 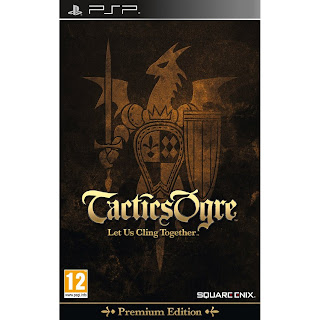 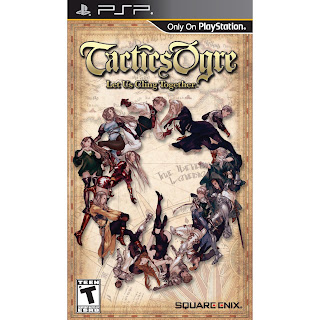 Quite why European and UK mags are giving it a hard time with low-80s scores is beyond me, you can't say "One of the most competent, solid, well-put-together J-RPGs you will ever play" and then give it 81%. In the meantime, I ought to go and play some Final Fantasy Tactics, just to get back into the swing of things.

One buying issue I'm facing now is, do I still want to get games on UMD, knowing that I'll be picking up an NGP on day one (might even do that midnight queuing silliness)? The site (which hasn't been updated since last October - nothing like a bit of a marketing push to help a game sell, Square!) doesn't say if its coming to the PSN store. [UPDATE - It is coming to PSN, found out via the US blog]
For a game that's already out, there's a big lack of clarity, something the publisher really needs to sort out. Still, I'll get this one way or the other and hopefully this'll help keep the PSP rolling for a few months yet.
If you have any further information, please comment!
final fantasy tactics psp games square enix tactics ogre